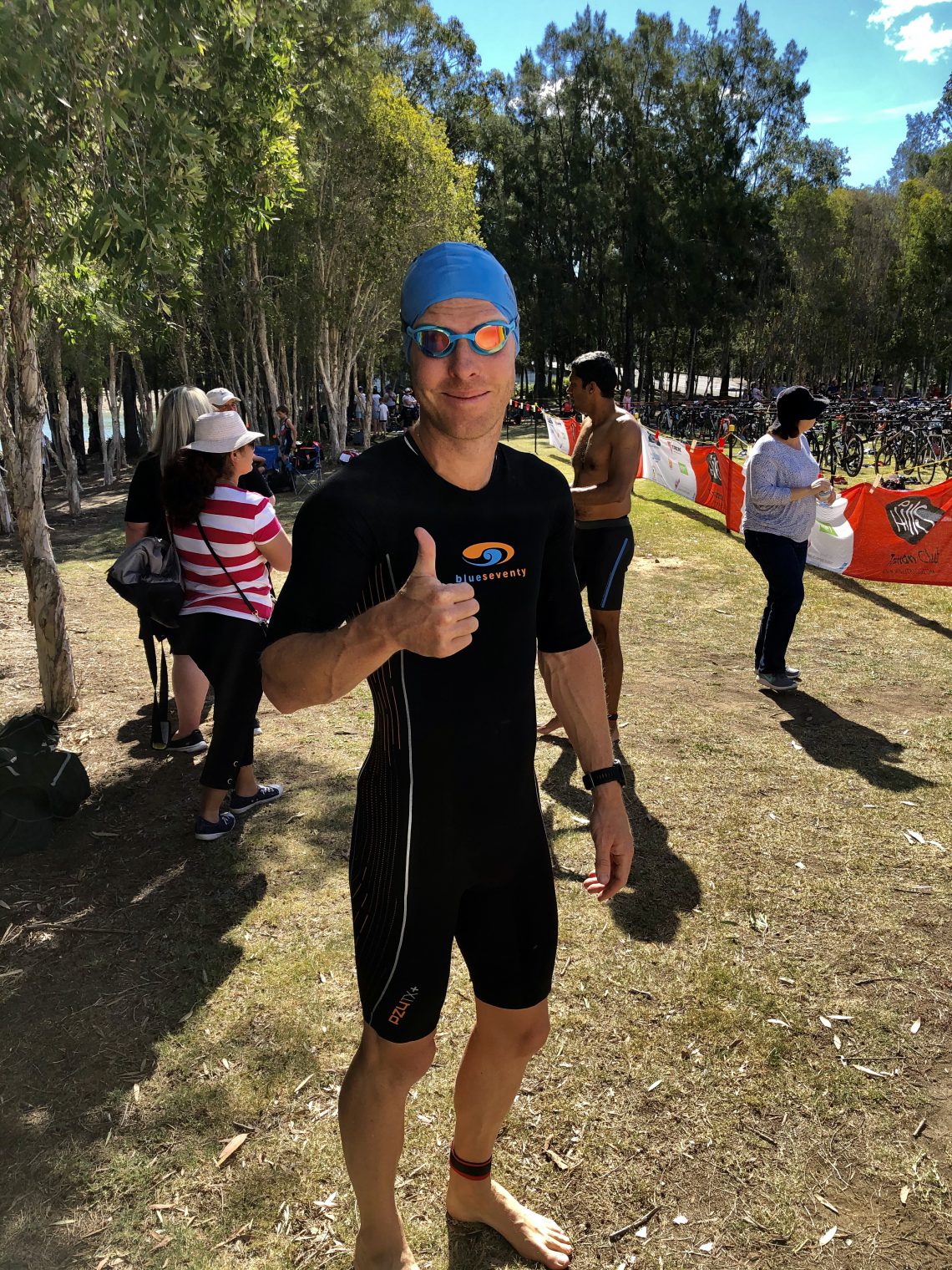 It’s been a while since a did a sprint race, and with only 2 weeks out from my 70.3 I thought it would provide a nice little tune-up. I wasn’t feeling great though having just recovered from a cold, a little lethargic is probably the best way to describe. I really want to go under an hour for a sprint distance, but the conditions were windy, so I wasn’t very hopeful. In fact, I was mentally preparing to go easy if there were any signs from my body that it wasn’t coping, so not a great way to be thinking about chasing a PB. But that wasn’t my goal for the event.

Into the water and it wasn’t too long till we started. I stayed out wide to keep out of the carnage. It wasn’t after long before I was leading a little group and thinking I was making great progress cruising along. I decided to breathe to the other side to check how others were going. All I could see was whitewash as I realised there were many people further ahead. I tried to push my pace but found I couldn’t sustain it, and so I adjusted to find a faster pace that I could manage. It was hard going swimming against the current, which was being whipped up by the wind. I lifted my head out of the water further than normal to breathe. I finally exited the water in a time of 13:39.

T1 was clean and finished in a time of 46 sec, but my mount was horrible. I dislodged my shoe after crossing the mount line and had to turn around to go back and get it. I finally got going after only losing 20 secs.

For the bike and I wanted to push the pace. With my swim time, I knew to break 1 hour would be next to impossible, but I still wanted to at least average 40km/h+ for the 20km bike leg. Riding out onto the circuit holding over 40km/h felt easy, I started to think this would be a walk in the park, but I wasn’t really gaining on the guys who’d passed me during my shoe malfunction. We must have a tailing wind.. sure enough turning around to come back and it was tough going., I had to push to keep the pace going. The course was 4 laps out and back around the lake, and I just kept trying to push thinking it would be all over shortly. It can get a little tricky riding past others when there is a massive speed difference while trying to stay aero. It was important to be safe and keep looking ahead and watching what others are doing. The laps past, my goal of going under 30mins was looking very real. Super happy to reach the dismount line in a time of 29:45.

Into transition for the final time. Another clean change over and exited T2 in a time of 40 sec.

The run leg I wanted to push as much as my hammy would let me. I could feel the niggle, but it wasn’t painful, just a reminder. I was feeling okay running out, but when I turned around to hit the headwind, it became very difficult to keep my pace going. I tried best I could, focusing on my cadence and foot strikes. Onto the final lap of the run and again it wasn’t too bad running with the wind behind me, I glanced at my overall time and saw the hour mark was only a couple minutes away; it would not happen this time. Turning around into the headwind was hard, but with just a km to go, I gathered up what determination I had left and pushed myself to run faster than I had been. There was no need to kick hard at the end (and be sore the next day or so) as I crossed the line with a gap to my nearest rival. Finished the run in 18:40 and overall time of 1:03:30.

The biggest take away is in the swim. I need to find my sweet spot asap and stick with it. I’m swimming regularly and know what I’m capable of, but often hold back in a race to what feels comfortable. The race is the time to test yourself, where motivation is high. I’m hopeful about the next race that I can execute on this. Also, I need to practice my bike mounts more since I’m a little rusty, and it’s the easiest time to make up for the effort required. I was thrilled with the result of the bike leg and still running well off it. It was a good confidence builder for my upcoming race. I’m looking forward to the next race! 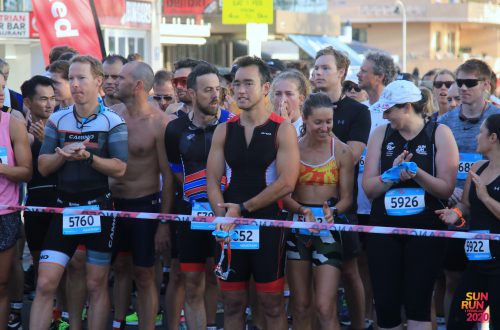 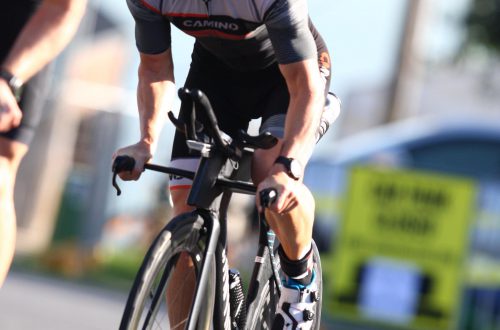 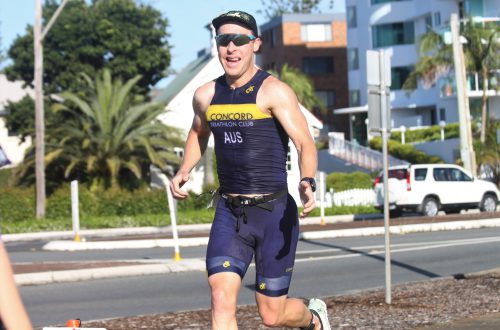